We have been waiting and hoping for the New Brunswick Express Entry Labour Market Stream Priority 2 to open last February during their information session in Manila but NB was focused on the Atlantic Immigration Pilot Program (AIPP). During the NB information session that we attended last February they mentioned that they will be returning to the Philippines with employers sometime on April or May. We are very confident that Fritz will be invited on their next visit since he’s from IT sector. It was mentioned during the session that it was the most in demand in New Brunswick. But came April, they conducted information session with employers in Hong Kong instead in the Philippines but they invited those who attended last February but no IT NOC included. 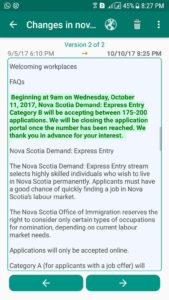 Nova Scotia came into rescue when they announced that they will be opening in the coming weeks the Nova Scotia Demand: Express Entry stream and at the same time released the application guide. Please take note that they didn’t open this stream last year. Nova Scotia gave us hope in reaching our Canadian dream. This stream has 2 categories. If you have express entry profile and job seeker code plus you got 67 points in their point system with job offer, you are qualified to apply the Category A. But if you don’t have job offer but got at least 67 points and with job bank and express entry profile you are qualified for the Category B. The Nova Scotia: Express Entry is part of the Nova Scotia Nominee Program (NSNP). Since we don’t have job offer so our target is the category B.

As we learned of this upcoming opening, we immediately contacted the prospective buyer of our house. But sad to note that they are out of town. Still we prepared the necessary documents. We scanned all the documents needed, to wit: Fritz Certificate of Employment, Resume, diploma, transcript and ECA, IELTS, proof of funds, birth certificate and passports for the 5 of us and marriage contract. We scanned it and saved it per document in PDF file. We save and merge it in one file name using the PDF application.We fill out the NSNP 100 Form and also wrote our settlement plan. We see to it that everything was ready and organize since NSNP is first come first serve basis and they will cater only 250 applicants.

The Struggle is REAL!

Came May 8, 2017, the Nova Scotia Demand: Express Entry Category A & B open but pauses right away because their website crashed. Only few people was able to access the site. We attempted to log in but the site won’t load. But it was announced that they will open again the Category B once the site will be fix. Afraid that we will miss the next opening and assuming that they will open again soon when their site will be fixed, Fritz and I take turns on monitoring the site every night since that’s the daytime in Nova Scotia. My schedule was until 2am then Fritz will be until 4:30 am, that’s end of day in Nova Scotia. It’s our regular routine for 2 weeks until we found the Web Alert application both in our mobile phones and desktop computer where we will get notifications once there’s a modification on the website we were monitoring. We also make sure that we were at home by 8pm Philippines time because that’s the last time they opened. Whenever there’s a power interruption, we will load up our mobile data so we can still monitor their site.

July 5, 2017 8pm Philippines Time, the Nova Scotia Demand : Express Entry Category B opened again. We were lucky enough to be the first few applicants to be notified and able to log in the site. But our internet connection did not cooperate. There’s problem with PLDT line. During normal days, our connection ranges from 75 -90 MB but during that time it even didn’t reached 1MB. But still we keep on trying and praying. The internet connection became stable after 2 hrs and 30 minutes. We were done already with the online application and on the process of attaching the documents when the system hanged. But after 30 minutes it opened again. We were on the last 2 documents to attached, the declaration and commitment form, when the Category B closes. If only it was extended for only 2 or 3 minutes we will be able to make it. We were disappointed and weakened that time. To gave us strength we just prayed to our Heavenly Father to have the right attitude and have strength and patience to reach our Canadian Dream.

Since then, we still keep on monitoring their site. We still goes home before 8pm We expect it to open again after 2 months following the trend of the previous opening. First week of September we were excited and anxious for the next opening. But it didn’t open.

3rd Time but no Luck!

October 10, 2017, they made an announcement that they will open again the following day, October 11, 2017. That night we check the completeness of our documents on the nth times. We also practiced filling out the online application using the Category A section. Since we already prepared the NS100 form, our plan was to copy paste the data from the form to the online application to save time in typing. For us this opening will be our great chance since we haven’t heard anything from New Brunswick. It’s been a month already since we have submitted Fritz’s EOI. We couldn’t sleep well that night out of excitement. From time to time I keep on waking up and say my prayers. Even on the day it will open, I couldn’t count how many times I offered my prayers. In the office, before I went home a prayer was offered and I felt comfort and peace within. As I arrived home, we had our family prayer. After all our pleas, before Fritz closed the prayer he pronounced Thy Will Be Done.

Before 8 pm Philippine time, 9am Nova Scotia time, we were already infront of the monitor waiting for the Category B to open. We were very positive that we can make it. The internet connection was very stable and our documents were fully prepared. Around 8:30 pm it opened. But the site hanged. We cannot even log in the site. ??? Fritz even went to the internet cafe but still the same. There were times that we can log in but cannot go through with the online application. The farthest that we got was step 2. We just keep on refreshing. It’s either we can log in or got the error message. If we can log in the page will hanged and return to the home page. So sad. Fritz keep on trying until 4am, until it was declared it’s closed already. We were dismayed and disappointed because we’ve waited so long to open and this is what happen. We have done our part already but to no avail.

This is the 3rd time we tried to submit our application to Nova Scotia but no success at all. We just receive comfort and hope after we pray. I know Heavenly Father has a plan to us. We just need to have enough faith in His will and in His timing. As Fritz said, “Thy Will be Done. 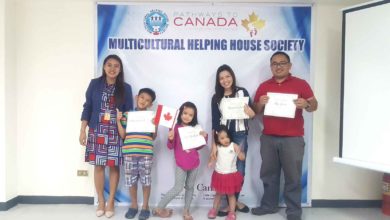 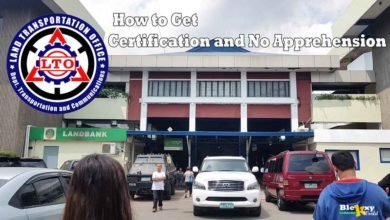 LTO Driver’s License Certification and Certificate of No Apprehension 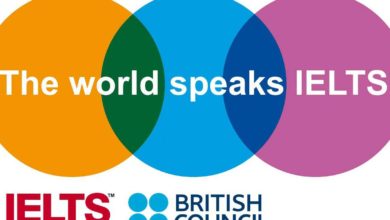 Differences between British Council and IDP