Early morning of June 9, 2011 around 5am, I was awaken by an abdominal pain but not strong. I taught it was just colic. I tried to sleep again and change my position so I won’t be direct with the electric fan thinking it was the cause of the pain but to no avail so I get out of bed. When I found blood stain, I concluded that it was not just colic but I was on labor. Immediately I packed up our things. But before we proceeded to Digos where I planned to gave birth, we drop by at the office to notify my bosses and prepare things needed to be turned over.

We left General Santos City at around 10:30 am. We went directly at my Aunt’s house to take our lunch and have some rest before we proceeded to the hospital at around 4 pm.  At first, I wanted to go home since the interval of the contraction was still 10-15 minutes and the physician at the hospital ER declares that my cervix is still closed. But upon contacting Dr Mantilla my OB-GYN, she insisted that I should be confined because she suspected that I will gave birth soon and she was right.

When she arrived at the hospital at 7pm, my cervix already dilated at 6cm. At exactly 11:45pm our family was blessed with a cute beautiful girl, Xylia Zane or commonly known as “Iya”.

Why Xylia Zane? With the aim of giving his children with unique names, Fritz wanted a name that starts with XYZ. After much researched he came across the name Xylia Zane. Xylia is of Greek origin, and the meaning  is “woodland; wood-dweller”. But there’s a radio play titled Xylia Tales. She is a blue-haired girl with giant kewpie-doll eyes who could be one of those Sky Dancer toys. None of the above describes her since she lives in the city and her hair is black. Maybe she has that kewpie-doll eyes :)  While Zane is a popular Latvian girl’s name, meaning “God’s gracious gift”. She’s really a gracious gift to all of us.

When I was pregnant with Iya, I don’t have any problem. I have morning sickness just for a short time. I don’t have any complications with my health. Compared with my pregnancy with Blithe that I was hospitalized twice and on bed rest for two months.  Also I was not exhausted when I gave birth of her.

Thank you to Dr Mona Liza Mantilla and to the staff of Dominican Hospital of Digos City. Blithe really loves his younger sister and we all love her. She’s our little princes in our family. God’s gracious and precious gift to all of us.

Iya's 1st Birthday will be on Satuday! 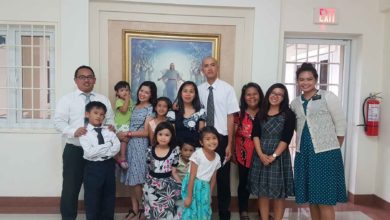